If Rika’s life seems like the beginning of a familiar fairy tale–being an orphan with two bossy cousins and working away in her aunts’ business–she would be the first to reject that foolish notion. After all, she loves her family (even if her cousins were named after Disney characters), and with her biracial background, amazing judo skills and red-hot temper, she doesn’t quite fit the princess mold.

All that changes the instant she locks eyes with Grace Kimura, America’s reigning rom-com sweetheart, during the Nikkei Week Festival. From there, Rika embarks on a madcap adventure of hope and happiness–searching for clues about her long-lost mother, exploring Little Tokyo’s hidden treasures with a cute actor, and maybe…finally finding a sense of belonging.

But fairy tales are fiction and the real world isn’t so kind. Rika knows she’s setting herself up for disappointment, because happy endings don’t happen to girls like her. Should she walk away before she gets in even deeper, or let herself be swept away? 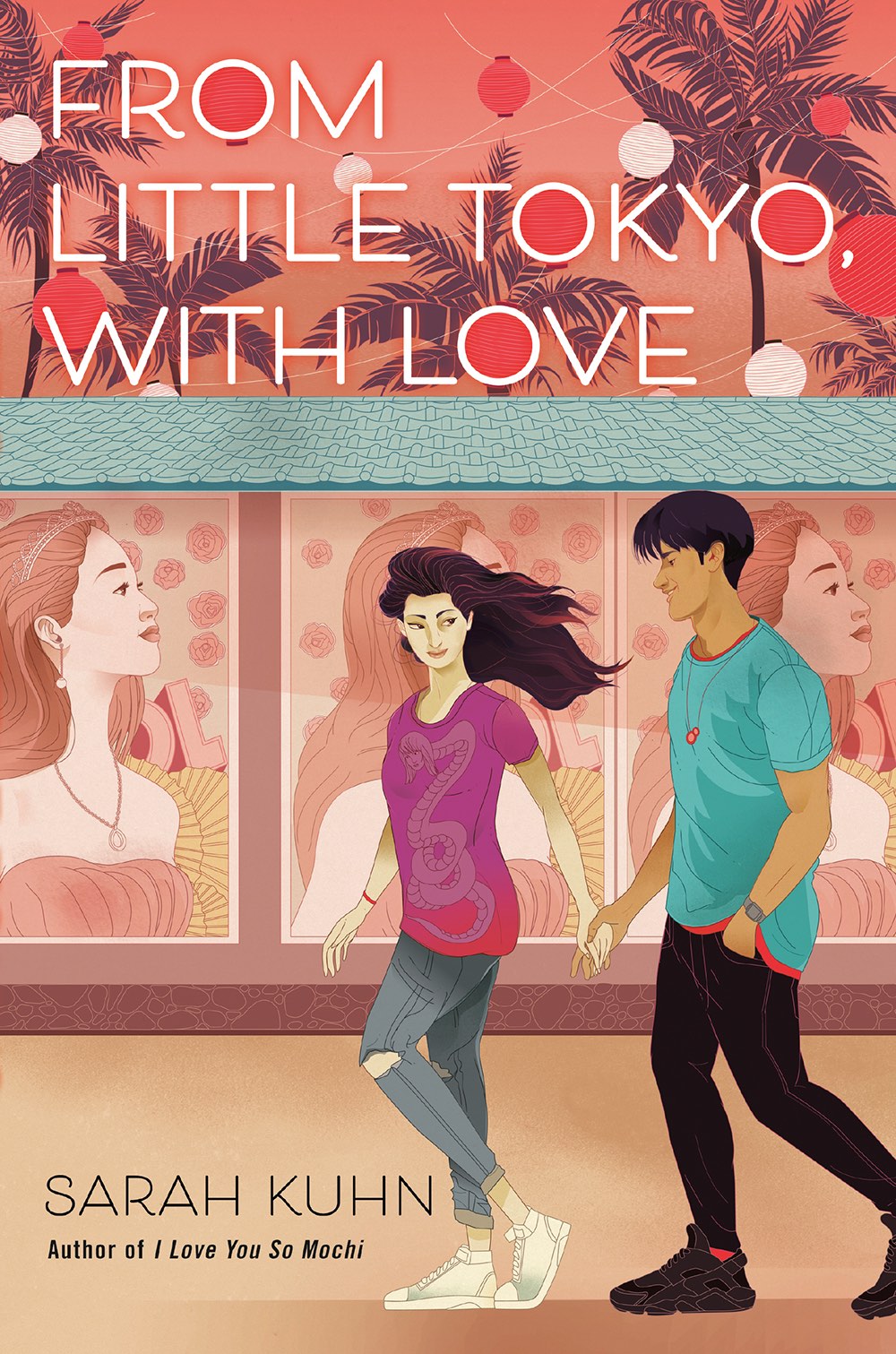 From Little Tokyo, with Love was such a charming and heartfelt read. I loved seeing so much representation in this book. Rika is biracial (Japanese and White) as well as Henry who is Filipino and Chinese. Just want to say Henry is the softest angel of a love interest and should be protected at all costs!

Kuhn really showed the heart of Los Angeles. Growing up there made it fun for me to read through the eyes of Rika and Henry. It made me a little homesick but I really loved it. I also enjoyed learning more about Little Tokyo, as I only ever visited a handful of times. What really stood out to me was the wholesomeness use of fairy tales in this story. I loved that Rika’s cousins were named after Disney princesses and I adored how the outro of every chapter was written in a classic story book style. It was very cute without being cringe! It added a lot of whimsical and light hearted feels.

Another aspect I appreciated was having a character that dealt with anger issues and another deal with body image and anxiety. It isn’t something that is commonly explored in young adult novels. There was also some racism and internal identity conflicts. Rika, is biracial and would have white “friends” that feel comfortable enough to claim they are spiritually Asian while some Japanese people don’t want to claim her because of not looking “Japanese enough”. As a “white passing” minority, I related a bit to the struggles explored in this book. White people would want me to share my culture while Mexicans wanted me to prove I am one of them. I don’t want to get off topic into my own struggles as we are talking about different cultures and identity in this novel, but this is why this aspect resonated with me somewhat.

A large part of the story was tracking down Rika’s famous biological mother. I enjoyed the clues around Los Angeles and how the history of Grace (the mother) was explored and revealed. The ending was so satisfying and it made my heart swell. Perfect to read so close to Mother’s Day in America!

If you love young adult contemporary romances, pick this up! It is a quick read filled with the magic of fairy tales and Little Tokyo. I will definitely read more from Kuhn in the future!

Thank you to Penguin Random House US for the arc! This title was released May 11, 2021.

Some related posts to check out:

Sarah Kuhn is the author of the popular Heroine Complex novels–a series starring Asian American superheroines. The first book is a Locus bestseller, an RT Reviewers’ Choice Award nominee, and one of the Barnes & Noble Sci-Fi & Fantasy Blog’s Best Books of 2016. Her YA debut, the Japan-set romantic comedy I Love You So Mochi, is a Junior Library Guild selection and a nominee for YALSA’s Best Fiction for Young Adults. She has also penned a variety of short fiction and comics, including the critically acclaimed graphic novel Shadow of the Batgirl for DC Comics and the Star Wars audiobook original Doctor Aphra. Additionally, she was a finalist for both the CAPE (Coalition of Asian Pacifics in Entertainment) New Writers Award and the Astounding Award for Best New Writer. Her newest novel, From Little Tokyo, With Love—a modern fairy tale with a half-Japanese heroine—is a Junior Library Guild selection and was recently chosen as Penguin Random House’s One World, One Book title of the year. A third generation Japanese American, she lives in Los Angeles with her husband and an overflowing closet of vintage treasures.

13 thoughts on “ARC Review: From Little Tokyo, with Love”